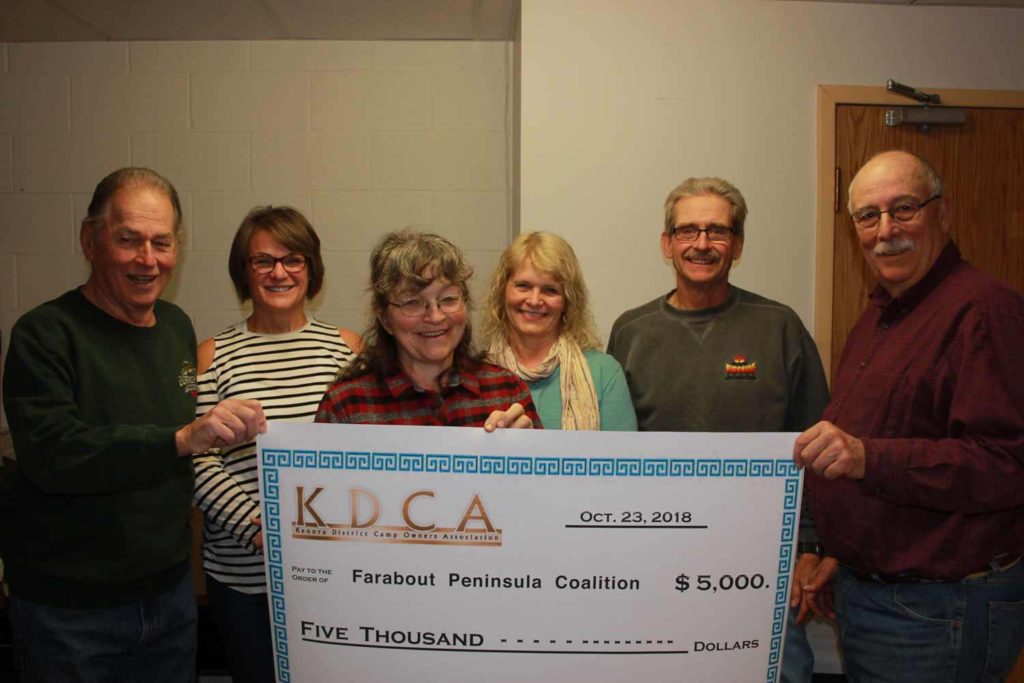 The Kenora District Campowners Association gave the Eagle Lake Farabout Peninsula Coalition a $5,000 donation in 2018 to support the Coalition in their conservation efforts over the past decade to protect the peninsula from logging. The Coalition and local fishing lodges continue to cooperate to hold fund-raising dinners, support archaeological activities adjacent to the peninsula, and to promote protection of fish spawning areas and ecotourism around Farabout Peninsula . This partnership provides a template for the future of tourism and ecotourism in the Kenora district. It brings together the interests of diverse groups invested in preserving our natural resources for the future.

Eagle Lake is recognized as a premier site in Ontario for Muskellunge fishing. Ontario MNR has recognized the importance of this fishery for the tourist industry in its 2011 publication, which identifies Eagle Lake as one of the top Muskellunge lakes in Canada. There are a number of tourist camps and local professional fishing guides whose businesses depend on the local Musky catch.

It is important for the well-being of the tourist industry on Eagle Lake that high-quality Musky spawning habitat is preserved. A leading expert on reproduction of Muskellunge (Dombeck) has opined that practices such as road building and logging should not be allowed to occur close to Muskie spawning areas.

Scott Jaeger, Owner of Northshore Lodge and Professional Guide, spoke at a fundraising dinner for the Farabout Coalition in August 2014. The following is his keynote speech: 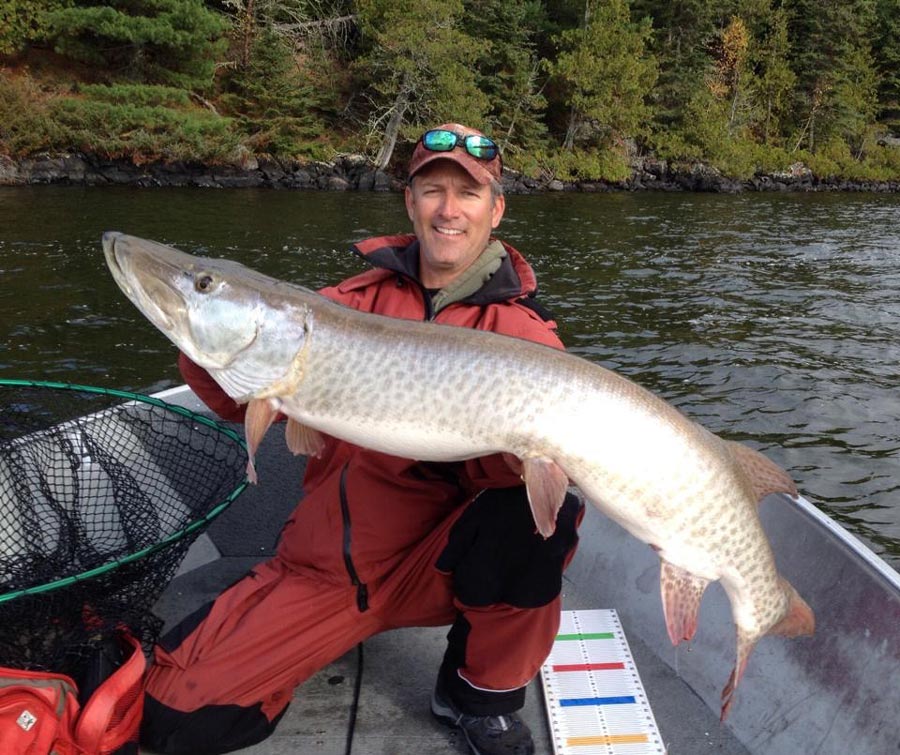 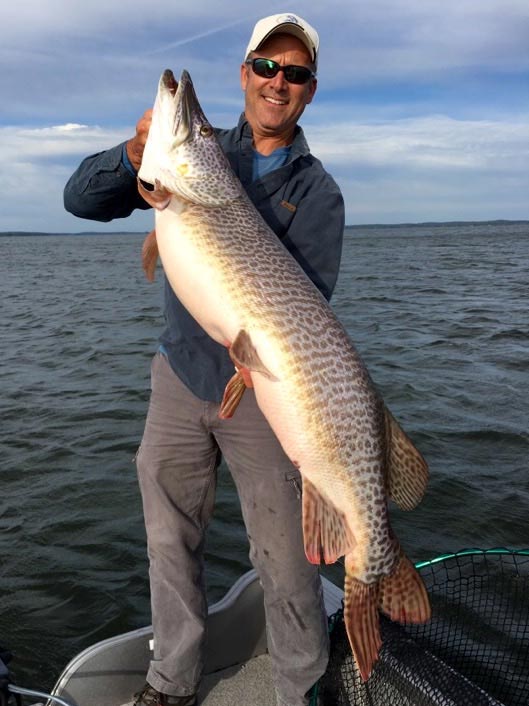 My love of Eagle Lake began at birth. I grew up living on Eagle Lake in Little Neck Bay as my parents purchased Big Eagle Lodge the year I was born. I have spent the last 11 years living on the big water of Eagle Bay just down the road and now own North Shore Lodge – both properties overlooking Farabout Peninsula. My life on this lake has provided me the understanding of just how amazing and fragile our water and the life within and around it are.

When it comes harvesting wood off the Farabout Peninsula, I am not only concerned with how devastating it would be to look out my windows and not see pristine, old forest but also how harvesting has increased the mercury level in the lakes and fish due to run off. This water shed is huge and the run off from clear cutting in and around streams that feed Eagle Lake has already resulted in an increase.

As my passion is musky fishing and I have chased trophy fish for over 30 years I know first hand that Muskies are one of, if not the most, fragile fish in the water. For those of you who may not be familiar with Muskies, they are known as the fish of I 0,000 casts and are similar to a northern pike but their colouring and markings as well as head shape differ. The musky grows to be one of the largest freshwater fish found in Canadian Lakes.

Each and every season I have caught and released countless numbers of Muskies around the Farabout Peninsula; including some of my very biggest fish. The water around the peninsula is some of the most fertile water on Eagle Lake for Musky &amp; Northern spawning, with its numerous bays; including the 2 main bays – Little Neck and Outlet Bay to which we are closely located. These 2 bays are on each side of the narrowest piece of the peninsula, the Isthmus, which are shallow long narrow bays and are perfect for spawning. In early June you will see Muskies cruising the shoreline in pairs getting ready for their spawn. I’ve been lucky enough to witness this around the peninsula and it really is a site to behold.

The musky spawns a couple of weeks after the northern pike and seek areas shallow waters that are warmed early by direct sunlight. Most really good spawning bays are along the Northern or Northwest shores of lakes as the water warms faster due to longer periods of sunlight, and are not affected by cold fronts as easily. That is why Outlet, Little Neck, Kennedy and other bays around the peninsula are great spawning areas. In these bays, the wind and cold temperatures of the bigger waters on Eagle Lake are not as prevalent and offer a safe, undisturbed place to spawn.

Since a single adult female will spawn in the same areas each summer and produce as many as 200,000-250,000 eggs, with a 1% survival rate the peninsula needs to be protected. Musky waters populations are still low in even ideal conditions. It takes a lot of luck for a fingerling to reach maturity and this requires great habitat including an undisturbed shoreline.

Eagle Lake is one of the top 4 Musky water’s in the world, and it is a world class fishery for giant Muskies. People from all over the world come to Eagle Lake to musky hunt and those that do respect the fish enough to believe in catch and release. They appreciate that it is a fish that needs to be preserved and allowed to grow, in order to catch it another day – when it is even bigger. Musky hunters, including myself, have been advocates for the preservation of the species and of catch and release even before it was mandated. And as conservationists of Muskies we are also advocates for the protection of its environment. .. after all, what’s good for the Musky is good for the lake